Bitcoin2022 and Five Reasons Mining Has Never Been Hotter 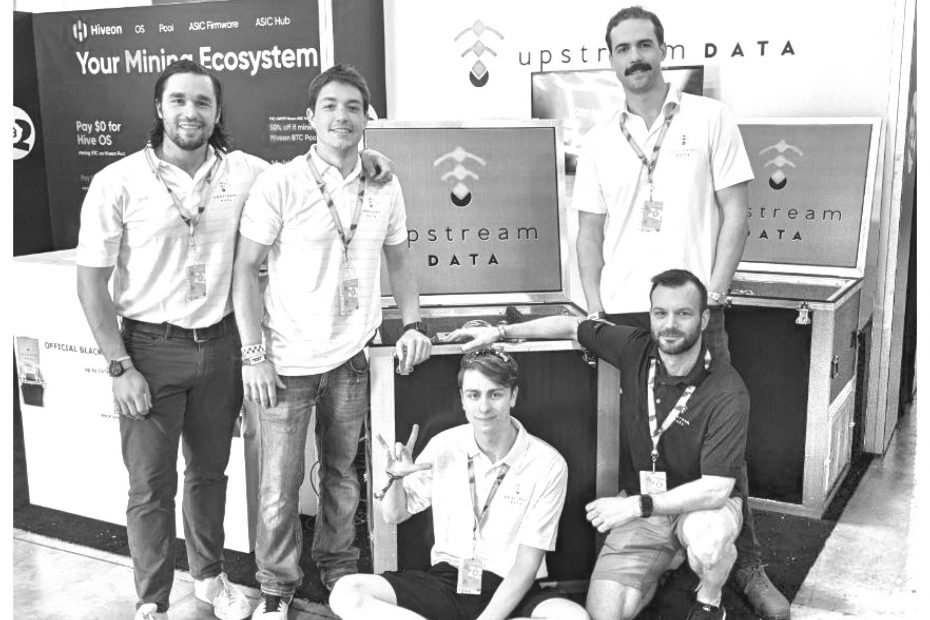 Bitcoiners from all around the globe flocked to Miami, FL during the first week of April to attend the Bitcoin2022 conference. From the enormous expo hall featuring more than 220 vendors, to the four dedicated stages with combined seating for 21,000 attendees; there was hardly anywhere one could go without seeing or hearing something about innovations in Bitcoin mining. So why is Bitcoin mining capturing so much attention, it’s just guessing numbers anyways, right? Here’s five reasons Bitcoin mining has never been hotter explained through a few highlights from the conference.

Bitcoin home mining has seen a renaissance of innovation over the last two years. The long standing narratives that it was too expensive or that individuals could not compete with large operations have been proven false and the wider market is rushing to make up for lost time. ASIC efficiency and overall network hashrate have reached a point where there is a wide margin of economical feasibility to mining Bitcoin at home on a range of residential power rates. Bitcoin home miners are mitigating permission, censorship, and KYC risks by plugging in miners at home and they are accumulating bitcoin for massive discounts below what they would be paying at spot price.

Resourceful home miners have been devising ingenious ways to incorporate Bitcoin miners into their homes; capturing the heat to offset energy costs and building sophisticated enclosures to attenuate the sound. There is no shortage of resources such as blueprints, videos, & technical guides from hundreds of home mining hobbyists that have been documenting their solutions and sharing them online for everyone to learn from.

Over $6 billion in capital was raised by publicly listed Bitcoin miners in 2021 and there is a flood of money on the side lines waiting to be invested. When too much hashrate is controlled by publicly listed companies, the fiduciary obligation to comply with regulations can be a dangerous threat vector for the Bitcoin network.

The “Decentralizing Hashrate” panel brings the perspective of these influential industry leaders on the topic and show cases how strategic power sources, geographic distribution, and mining pools are important tactics for maintaining the censorship-resistant properties of the Bitcoin network.

Upstream Data captivated several people in the expo hall who were surprised to find two Antminer S9 ASICs hashing away inside the BlackBox, practically silent with the lid closed.

The BlackBox is weather-proof and designed to be installed out doors. For anyone who has operated an ASIC inside their home, they will immediately appreciate that this instantly solves two major issues with mining Bitcoin at home: Heat and noise.

Since the BlackBox can be installed outdoors, there is no need to install duct work inside one’s home in order to direct the heat outdoors or into the central air system. The fans in the miners create the positive air pressure inside the box to push the heat out of the exhaust port to atmosphere.

The torturous air path design inside the BlackBox is what attenuates the sound. By having to navigate the “S” shape turns inside the box, sound does not have a direct path to the exterior and the energy of the sound pressure levels is dissipated by the time it reaches the intake and exhaust vents. There is also a sound deadening material on the inside of each BlackBox that helps absorb the noise.

The Upstream Data webstore made an official debut the first day of the conference, opening up general sales of the BlackBox, ASICs, or both in bundles to anyone interested in mining Bitcoin with this simple problem solver. By offering a simple solution to the two hurdles in home mining, heat & noise, Upstream Data is enabling more individuals to take hash power into their own hands. This helps distribute hash rate to many geographic locations, helps conceal a mining operation with the noise attenuation, helps decentralize hashrate by having home miners decide where they send their hash power, and this means that mining rewards are going into the control of individuals instead of centralized exchange accounts.

Upstream Data representative, Adam Ortolf, demonstrates some guerilla hashing with his BlackBox nestled among a pine tree grove, covered with camouflage ghillie netting. The ability to install a portable weather-proof enclosure in any environment combined with the noise attenuation design helps safeguard small-scale hashing operations from a range of disruptions; be it vandals, criminals, or law enforcement.

Bitmain made some waves showcasing their new ANTSPACE HK3, a modified shipping container with 210 rack spaces made for the Antminer S19 XP Hyd. One of these containers is capable of deploying 53.5 Ph of hash power while drawing approximately 1.1MW of power.

MicroBT also made a big announcement debuting their M50 series and M53 series miners. The M50 series is a new air-cooled miner featuring a 5nm ASIC chip and is capable of achieving 126Th at approximately 3,200 Watts. The M53 series (pictured above) is a rack-mount design, water-cooled miner capable of 226Th at approximately 6,500 Watts. MicroBT has designed an entire water-cooling system that can be built into the rack, housing the miners in the upper portion and the water pump components below.

The Bitcoin2022 conference was also full of opportunities for Bitcoin miners of diverse backgrounds to be able to have open and honest discussions about their perspectives. Casa hosted a satellite event to bring a range of perspectives together to discuss Bitcoin mining from a few different angles. Featured in the image above, from left to right: Andrew Yang (host), econoalchemist (home miner), Amanda Fabiano (Galaxy Digital), Jason Les (Riot Blockchain). This panel discussed a range of mining topics from incentives, financing, infrastructure, decentralization, and energy usage with each panelist offering their unique perspectives. Conversations like these are a great way for wider audiences to understand Bitcoin mining from a holistic approach.

The more space there is for open dialogues and the more collaboration there is between Bitcoin miners then the more cross-pollination of knowledge there will be. Well informed people tend to make good decisions and when that knowledge is shared there is less opportunity for fear, uncertainty, and doubt to creep into the ecosystem and drive wedges between miners. Even though miners may not agree on everything, having these kinds of discussions helps in understanding each other’s perspectives.

The Bitcoin2022 conference featured a lot more topics than covered here, Bitcoin mining was a central theme throughout the conference though. There is no denying that home mining will continue to be one of the fastest growing trends in Bitcoin for the foreseeable future. Decentralizing hashrate will always be an important balance to strike for the censorship-resistant properties of Bitcoin to remain in tact. Privacy-enhancing solution like the BlackBox will continue to be a centerpiece in Bitcoin mining as governments continue their trend toward tyranny and data breaches become more targeted. The water-cooled mining innovations are certainly a growing development to watch as they offer the benefits of immersion cooling without the added expense of dielectric fluid. So long as Bitcoin miners can have open and honest discussions then the mining sector will continue to grow and strengthen in every direction.