The Work Proof-of-Stake Can’t Do 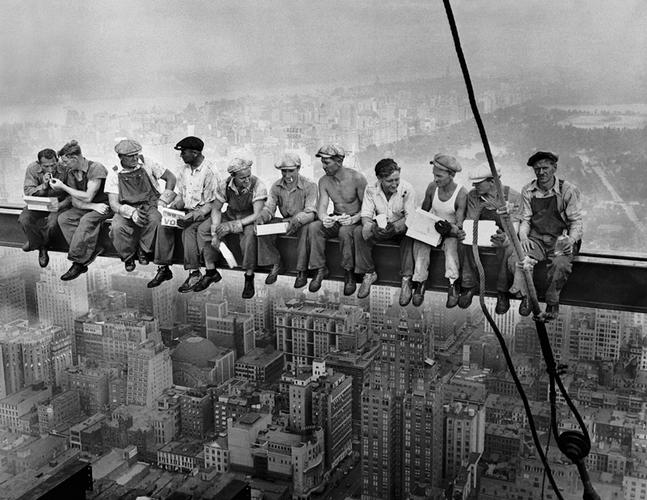 September 15, 2022 — Ethereum changed the consensus mechanism from Proof of Work (PoW) to Proof of Stake (PoS). As the Ethereum Foundation puts it:

“Imagine Ethereum is a spaceship that launched before it was quite ready for an interstellar voyage. With the Beacon Chain, the community built a new engine and a hardened hull. After significant testing, it became time to hot-swap the new engine for the old one mid-flight. This merged the new, more efficient engine into the existing ship enabling it to put in some serious lightyears and take on the universe.”

Rocketships, interstellar voyages, and taking on the universe. What more could you want from a decentralized blockchain? That depends on what your goals are. Bitcoin and Ethereum are often compared to each other as competitors; arguments like “Bitcoin could produce enough carbon dioxide emissions to warm the planet above 2°C, Ethereum has changed its code, why isn’t Bitcoin?” and arguments like “Ethereum is not censorship resistant!” are really just comparing apples to oranges at the end of the day. Read the white papers for both Bitcoin and Ethereum and you will see why PoS supporters arguing for less energy usage from Bitcoin and why PoW supports arguing for more censorship resistance from Ethereum are akin to arguing about a fish’s ability to climb a tree. Bitcoin and Ethereum are different systems for different purposes. Criticizing Bitcoin for its PoW energy usage while pointing out that Ethereum “can do the same thing” with a PoS consensus mechanism exposes a deep misunderstanding of both.

The Bitcoin white paper concludes with a summary of the project’s concept with these remarks: “We have proposed a system for electronic transactions without relying on trust. We started with the usual framework of coins made from digital signatures, which provides strong control of ownership, but is incomplete without a way to prevent double-spending. To solve this, we proposed a peer-to-peer network using proof-of-work to record a public history of transactions that quickly becomes computationally impractical for an attacker to change if honest nodes control a majority of CPU power. The network is robust in its unstructured simplicity.“

Ethereum on the other hand, building on Bitcoin’s applied idea of a decentralized ledger, intentionally took flight from Bitcoin’s unstructured simplicity in pursuit of using the blockchain concept for more than electronic transactions without relying on trust. Referring back the Ethereum white paper: “What Ethereum intends to provide is a blockchain with a built-in fully fledged Turing-complete programming language that can be used to create ‘contracts’ that can be used to encode arbitrary state transition functions, allowing users to create any of the systems described above, as well as many others that we have not yet imagined, simply by writing up the logic in a few lines of code.“

Bitcoin was designed from the beginning to be simple free and open source software that enables participants to transfer value peer-to-peer without central authority. By extension, the implications of such a system meant that anyone could be a participant and no one would have to ask permission. Value could be expressed digitally and realized instantly anywhere on earth. The incentive structure used in Bitcoin to get participants to support the network with their electricity and hash power meant that a predetermined number of coins would be issued by the protocol in the absence of a central issuer. The implication there is a scarce representation of value, a digital token in limited supply that cannot be debased unlike fiat currency.

That is completely different than Ethereum’s design, which was to be a Turing-complete programing language built on a blockchain that any number of applications could be built on. Many people find value in that sort of thing, however there is nothing about that which indicates an intent to fulfill the network effects and implications of Bitcoin. For a Bitcoiner to look upon Ethereum and declare it a failure for falling short of Bitcoin’s achievements is ridiculous, it is a totally different design for completely different purposes. Likewise, for an Ethereum advocate to look upon Bitcoin and declare it wasteful for using PoW is equally ridiculous because there is a demand for work that PoS simply cannot do and there are problems Bitcoin solves specifically because it uses energy.

Why PoS cannot do the work

Basically for the same reason perpetual motion doesn’t work, the law of conservation of energy. In physics, the law means that energy cannot be created or destroyed, it can only be transformed from one form to another. In other words, work cannot be done without supplying energy. While it is true that PoS blockchains can maintain a history of transactions on a decentralized ledger without consuming lots of energy; that misses the point of Bitcoin’s tenets, network effects, and implications.

PoS blockchains are closed loop systems, perpetual motion. Native tokens of the blockchain are used as collateral by validators for staking. By staking tokens a validator gains the authority to organize transactions and add new blocks to the blockchain. Their reward for doing this is more of the same native tokens.

There is no transformation taking place in a PoS blockchain, there is no connection to the physical world, and duplicating the system becomes trivial because no resources are consumed in deciding what the canonical chain is. Yes, there is capital at stake, however that capital is the native blockchain token created from thin air through a pre-mine (in most cases). To emulate PoS blockchains would be as trivial as taking pre-mined coins, using them as the collateral stake to be a validator, selling the rest, and then start earning coins back as reward for adding blocks to the chain. Essentially the achievement here is that people perceived some value in the applications built in the PoS ecosystem and they were willing to make an exchange to gain the type of access to these applications that is granted through the use of the bockchain’s native token. The influx of capital becomes the exit liquidity for those who have tokens they want to cash out. In PoS systems the exchange occurs when a completely made out of thin air token is involved. Essentially creating an energy sink where something that required energy, required work, is being exchanged for the token. Much like fiat currencies, backed by nothing except the collective illusion of value, printed from thin air, yet you put your time and energy into working for that fiat and attempt to store your economic value in those pieces of paper. Taking fiat that you worked for then, fiat that you spent your time and energy to earn, and trading it for a token that was made from nothing; your time and energy goes from pieces of worthless paper to digital tokens also backed by nothing and created from thin air.

Bitcoin on the other hand, requiring proof-of-work to determine the longest chain, demands the one-way transformation of energy into computational power. Energy cannot be counterfeited or created from nothing, you cannot pre-mine energy. Often times the phrase “Bitcoin miners are solving complex math problems” is thrown around but this is inaccurate. Bitcoin miners are attempting to generate a hash value that begins with a predetermined number of zeros and the only way to achieve that is by brute force guess work. Their reward for providing the necessary energy and computational resources is newly generated coins and transaction fees. This is the only way to mine bitcoin, through computationally heavy brute force guess work that requires energy to be consumed. This is the connection to the physical world and the exchange taking place, miners exchange their physical resources for bitcoin. By extension that means ASIC manufacturers had to assemble the computers, distribute them globally, and then the electrical infrastructure had to be in place to support these computers, and the energy consumed had to be paid for. There had to be actual resources extracted, transported, processed, actual commodities had to be created and sold and put to use; actual economic and physical activity had to take place so that the miner would have a chance at guessing a valid hash value because they wanted to exchange that for the coins. Essentially creating a value for value exchange where the time and energy you put into earning your fiat is matched by a coin that also required resources.

In Bitcoin’s PoW system every transaction involves the exchange of a coin that resulted from the one way transformation of electricity into computational power, fair value for the work that went into the other side of the exchange. In a PoS system every transaction involves the exchange of a token that was made out of thin air, these exchanges are asymmetric where work is only done on one side. Much like perpetual motion, an asymmetric system will not last where energy is being taken out but no transformation is occurring to maintain that energy level.

Bitcoin would be worthless without energy

In isolation, fiat currencies have no value, they are merely pieces of colored paper, yet humans on every continent exchange their time and energy for these pieces of paper. That is because of the collective illusion that promises those pieces of paper will be accepted for the things of actual value like food, water, and shelter. PoS currencies are much the same they have no value in isolation but in relation to the applications they grant access to, there is a subjective value there for those who want to access those applications. That is the use-case for Ethereum, some people don’t give a rats ass about permission, censorship, or their currency being debased and just want games and DeFi projects and super fast transactions built on a blockchain where they can do all sorts of weird experiments, move fast, and break things. More power to them, god bless their hearts. Other people actually take issue with asking permission or being censored or watching the basic necessities they aspire for like healthy food and a decent home become more unaffordable by the day. To compare PoW to PoS and criticize one for not being able to achieve what the other can do is to misunderstand the purpose of both systems. Anyone who wants to move fast and break things will not value Bitcoin and anyone who wants to make transactions that authorities disagree with will not value Ethereum.

Saying that Bitcoin could change the code and use less energy is simply wrong, it cannot do so plus it would be worthless without the energy. Without the energy consumption the fair value exchange is broken and Bitcoin becomes a perpetual motion system, maybe that works for games and DeFi but not for permisionless transactions and censorship resistance. For the problems Bitcoin fixes, energy is required because without it the tenets of Bitcoin (decentralized, permissionless, censorship resistant, neutral, and open) all collapse when energy is removed from the equation.

These tenets of Bitcoin are what enable the freedoms people seek, the 21 million hardcap enables the shelter sought from seigniorage, the digital nature of it all is what enables the utility of Bitcoin as a medium of exchange, and the use of energy for the PoW consensus mechanism is what ties all of it together. Combined, all of these attributes have far reaching implications and network effects that give Bitcoin objective value. When someone tells you that Bitcoin uses too much energy and that the code should be changed, they don’t understand the problems Bitcoin solves and they are comparing it to a completely different system built for drastically different purposes.